One of the popular research platforms, Coinshares recently shared a report where-in it highlighted some interesting facts about the change in trends among the institutional investors. The report said that the investors are keener on investing in popular and rising altcoins like Avalance, Solana, Terra and Algorand rather than Bitcoin or Ethereum. With the investment trend surfaced, the much-diversified interest of the inventors emerged.

The report further says that the investors continue to flood in their investments in altcoins as the outflows were restricted to $7 million last week.

As seen in the chart posted by CoinShares, the weekly outflows in the last week were recorded at $7.2 million. However, the outflows of the entire month sum up to $219 million, with some couple of days still remaining in the month. And hence April is on the verge to record the highest outflows surpassing the March levels of $220 million. On the other hand, Ethereum outflows continue for the third consecutive week bringing to $16.9 million to date.

Interestingly, the investments in the other altcoins have risen up with the inflows remain elevated. Avalanche (AVAX), Solana(SOL), Terra(LUNA) and Algorand(ALGO) witnessed $1.8M, $0.8M, $0.7M and $0.2M inflows respectively. Conversely, Bitcoin saw minor inflows last week of nearly $2.6M out of which $0.2M were for the Bitcoin Shorts. The outflows were recorded at $178M since the beginning of April.

Therefore, with the report, it is pretty clear that the institutional investors are looking out for other strong investment options other than Bitcoin or Ethereum. The silent trend within the narrow range since the beginning of the month may have compelled the investors to look out for more options.

Solana is Setting New Records for Network Outrage! For How Long Will the SOL Price Be Unaffected? Solana network is back to work following a 6-hour halt due to the network outage. The platform stopped processing the transactions due to a defective node, which compelled the network to remain offline. However, the developers were successful in reviving the network as they restarted the solana

The SOL price has not been largely impacted by the outrage as the network has witnessed more than 6 halts this year. However, the price may not remain unaffected for long as they are largely stuck within a descending trend. The token is constantly testing the upper resistance but failing to slice through the consolidation.

The Solana price, with the latest price action, has somehow managed to surpass the crucial 200-day MA levels in the short term. While the asset has not been confirmed with the rebound, the bears continue to mount significant pressure. Hence, if the price falls apart from these crucial levels, then the possibility of testing the lower support at $30 emerges.

While these support levels have been respected many times before, another retest may drag the price lower to $28.8. However, the technicals suggest a quick revival of a bullish push, which may compel the SOL price to undergo a short-term bounce to reach $32, but eventually, a significant drop could be imminent.

The constant Solana’s network outrages have eventually landed SOL prices in deep waters. A very less possibility of a fine rebound may be expected as the bears are all set to trap the bulls at $32.

The Solana blockchain experienced yet another outage late on Friday, but it’s back online after getting restarted.

The protocol’s native cryptocurrency dropped by 6% daily as a consequence of the latest network outage.

All reports of resulting bank hashes and shred versions had the same values, after enough reports were received validators decided to proceed with starting at that point, then waiting for 80% of stake to come online. 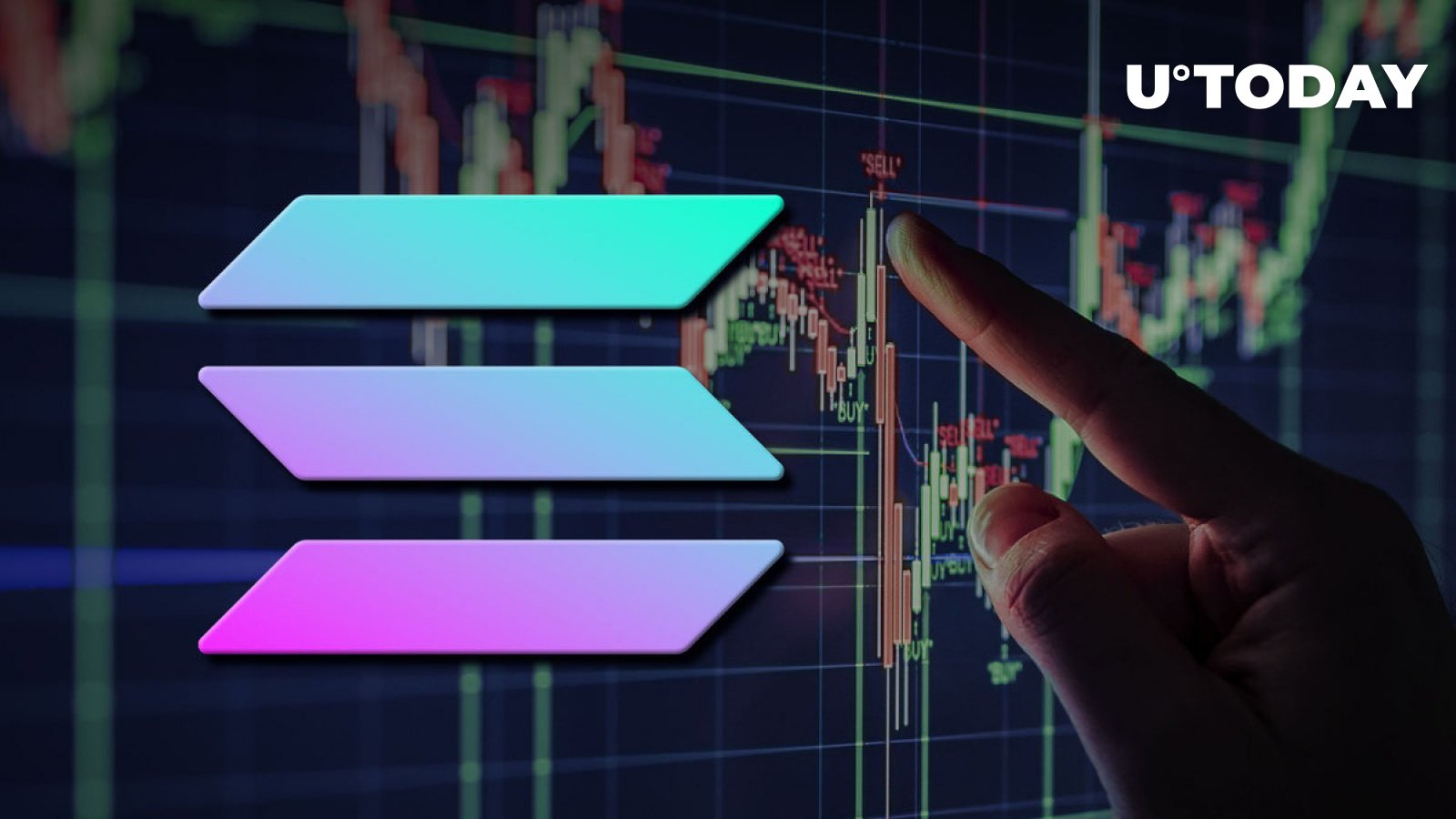 A Solana long contract worth $2.5 million on the verge of liquidation became the subject of attention following a six-hour network outage on Oct. 1. The Solana network stopped processing transactions at some point, leaving users stranded.

Colin Wu reports, “Solana has been down for nearly 5h, and validators are currently coordinating an attempt to restart. There is a long contract with nearly 2.5m in the Mango market that is in the liquidation range. However, the holder can neither add margin nor liquidate.”

For those who can’t see the position: pic.twitter.com/7KujMP2vqc

The estimated liquidation price for the contract was $33.04. However, with the SOL price beneath this point, the position was dangerously close to being liquidated. A crypto user named Kaash Capital, who posted the screenshot of the long position, also noted that bids were filled down to $32.5, which might put “lots of sell pressure” on the SOL price. He also shared a screenshot showing 163 liquidations had taken place. At the time of publication, Solana was trading at $32.93, down 2.63% in the last 24 hours.

Solana drew attention in June, when it found itself entangled in what most described as its biggest whale liquidation crisis. A large account holder, or “whale,” had a loan with an outstanding balance of $108 million in USDC and USDT that was secured by SOL, the Solana network’s native token. As the price of SOL plummeted, the loan ran the risk of being liquidated.

Solend, a Solana lending procedure, would have had nearly no SOL if the price of SOL had kept falling and the $21 million in SOL used as collateral for the loan had been liquidated. The co-founder of the project argued that the haste to acquire so much SOL for a discount may have caused the $2.6 billion Solana network to crash.

In the end, the whale started shifting its Solend investments into other Solana DeFi subsidiaries like Mango Markets — resolving the most acute crisis without a single cascading liquidation.

Update: The Solana network has successfully been restarted. Network operators and dapps will continue coming back online over the next several hours.

This marks the blockchain’s fourth significant outage since January, when it experienced a succession of partial outages for most of that month. This most recent network shutdown comes a year after a nearly 18-hour outage last September.